There are multiple audible feedback devices included in our Dynamic Core Technology:

1.  The first relates to hand position prior to loading. The weight should all settle towards the knob of the bat. This ensures the hands are in the upright position to prevent bat lag and poor bat path. If the weight begins to shift toward the back foot and not near contact, this indicates their hands are not in the correct vertical position.

2. Next during the swing, the weight should transfer to the end of the bat right as the hitter makes contact. The momentum and centripetal force from the weight shift should carry the hands through the zone, creating a more powerful follow-through and trains the hitter to finish with both hands.

3. If the weight does not reach the end of the bat, this indicates the hitter did not follow through or  they cut their hands/swing off early.

"We have all heard that practice makes perfect. This is due to a phenomenon often referred to as muscle memory.  Unfortunately, practicing poor technique swing mechanics through the same phenomenon leads to perfectly poor technique.  Herein lies the secret to the effectiveness of the Dynaswing technology.  As the dense material moves toward the end of the bat creating a centripetal force which eliminates the tendency to “roll over” as well as increasing the follow through by increasing the mass at the end of the bat during the second half of the swing essentially forcing increased follow-through.  It essentially forces the swing to be mechanically correct through the phenomenon of muscle memory. With repetition, proper mechanics are essentially learned which will eventually carryover when using a standard bat.  Although this is a fairly simple concept and the concept of muscle memory has been known for some time, there has never been  training tool available which incorporates this phenomenon into normal live batting practice which includes working on hand-eye coordination, balance, and timing simultaneously which is obviously what needs to all be present at the plate. Trials with all different ages and playing levels has resulted in significant improved form usually very quickly and fairly dramatically. "

Diplomat of The American Board of Physical Medicine and Rehabiliation.


Below is a study performed by the Louisville Slugger Hitting Science Center.
Results show that Dynaswing Training Bats help increase plane efficiency after
only two training sessions.
Plane efficiency refers to how long the barrel is in a consistent hitting plane.
Longer time in the zone leads to more line drives and increased exit velocity. 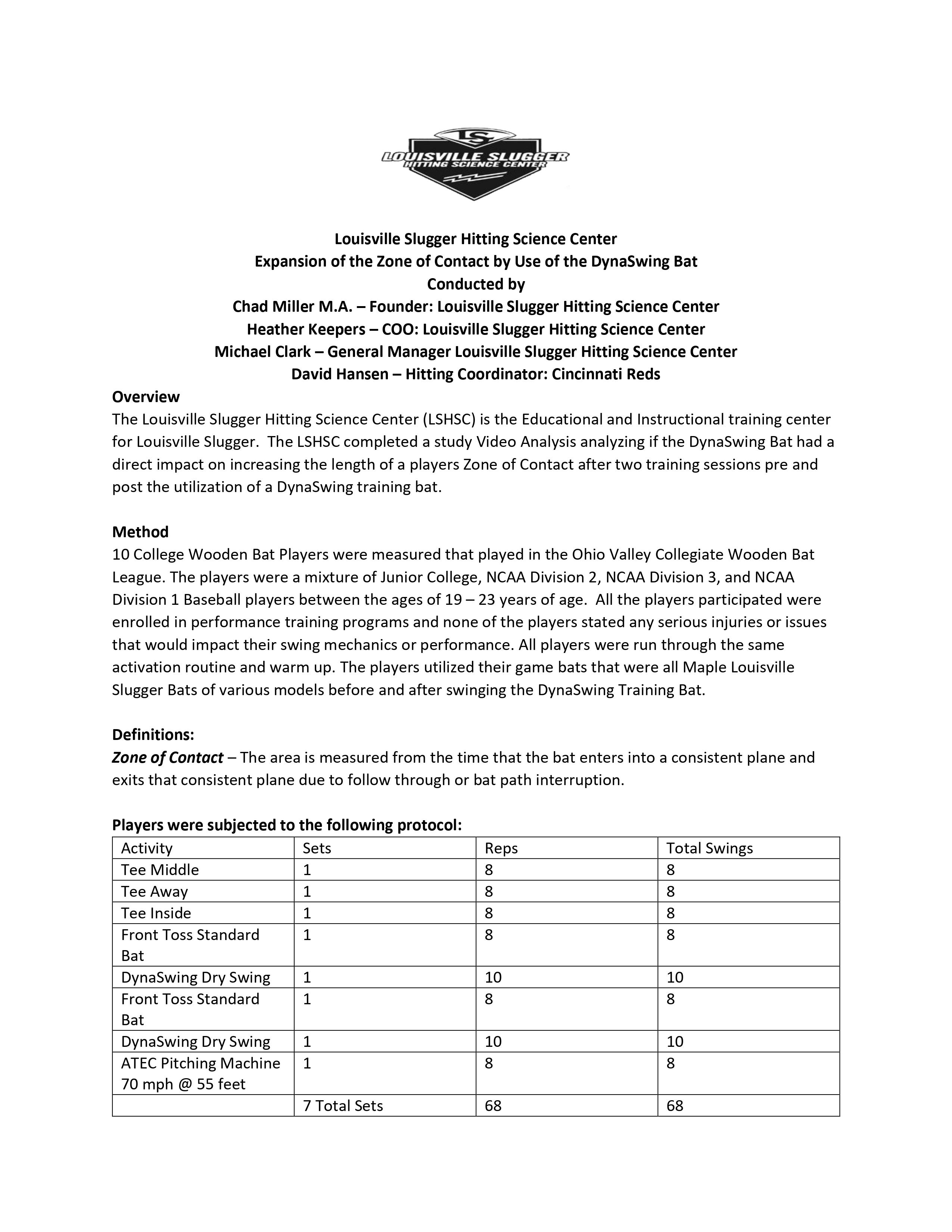 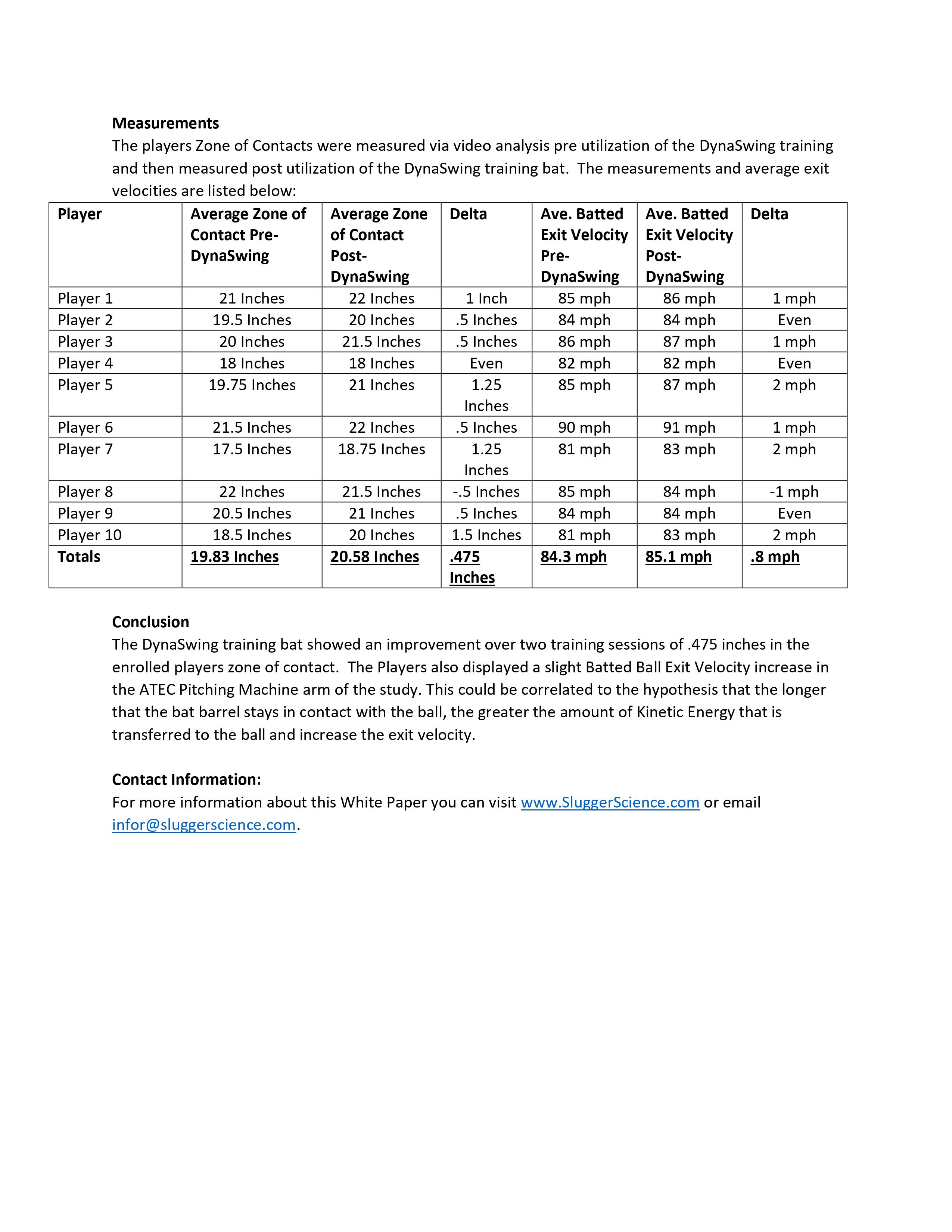 - Designed for all ages

- Can be used for tee work, soft toss, front toss, and live pitching

- Not for game use

0
Your bag is empty
Start shopping